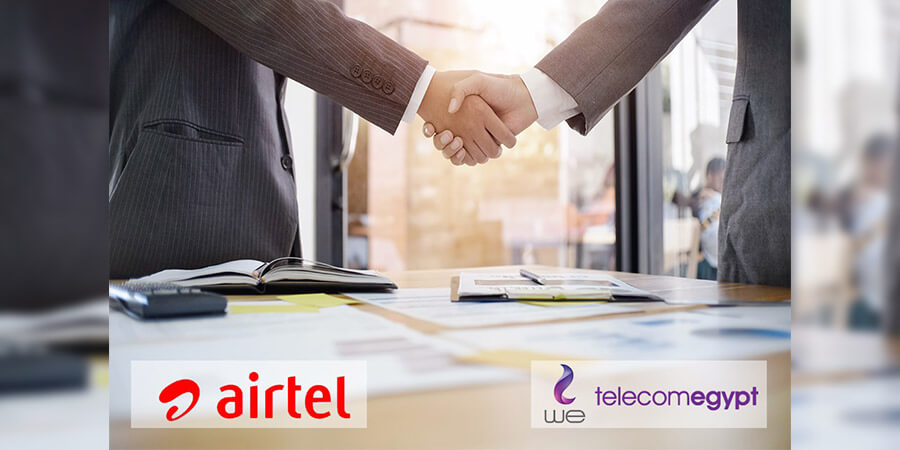 With this, Airtel will be able to further diversify its global network to serve the massive growth in demand for data services, particularly in emerging markets across South Asia, Africa and Middle East, while also benefitting from the favorable economics of Telecom Egypt's existing wide cable systems network.

Commenting on the partnership, Ajay Chitkara, Director and CEO, Airtel Business, said, "The partnership with Telecom Egypt underlines our commitment to provide world-class service experience to our customers. The partnership including MENA Cable and TE's network will be a good addition to our global network portfolio and will provide us with a high quality and diversified new route to Western Europe and the rest of the world. With the explosion of data usage in emerging markets, including India and Africa, this asset will provide us a scalable and diverse high capacity highway to serve our customers. In particular, it will provide impetus to India's emergence as a major regional internet hub serving customers across SAARC region, with seamless global connectivity."

Ahmed El Beheiry, Chief Executive Officer of Telecom Egypt, added: "Telecom Egypt's global network was built over the years through investments in consortiums as well as private international submarine cable systems. Our reach and position as an international hub with tens of Tbps lit capacity, makes us the partner of choice for Euro-Asian and Euro-African transit traffic. Telecom Egypt signed the agreement with OTMT to acquire MENA Cable with the aim of capitalizing on the growing traffic from India and Saudi Arabia to Europe and to obtain a new gateway to Europe through Italy. We are pleased to be able to sign the MoU with Airtel as well as to be able to bundle MENA's assets with existing assets of the TE network. We aim to come back to the market with more details on the MoU and its financial impact once the deal is closed."

Egypt's distinctive geographic location on the Red and Mediterranean seas has enabled Telecom Egypt to connect more than 11 cable systems from the East and 13 from the West linked with the Red-Med Corridor consisting of 7 diversified routes across Egypt. Telecom Egypt's global network was built over the years through investments in international submarine cable systems, namely: TE North, ALETAR, SEA-ME-WE-3, SEA-ME-WE-4, SEA-ME-WE-5, IMEWE, EIG, and AAE-1.