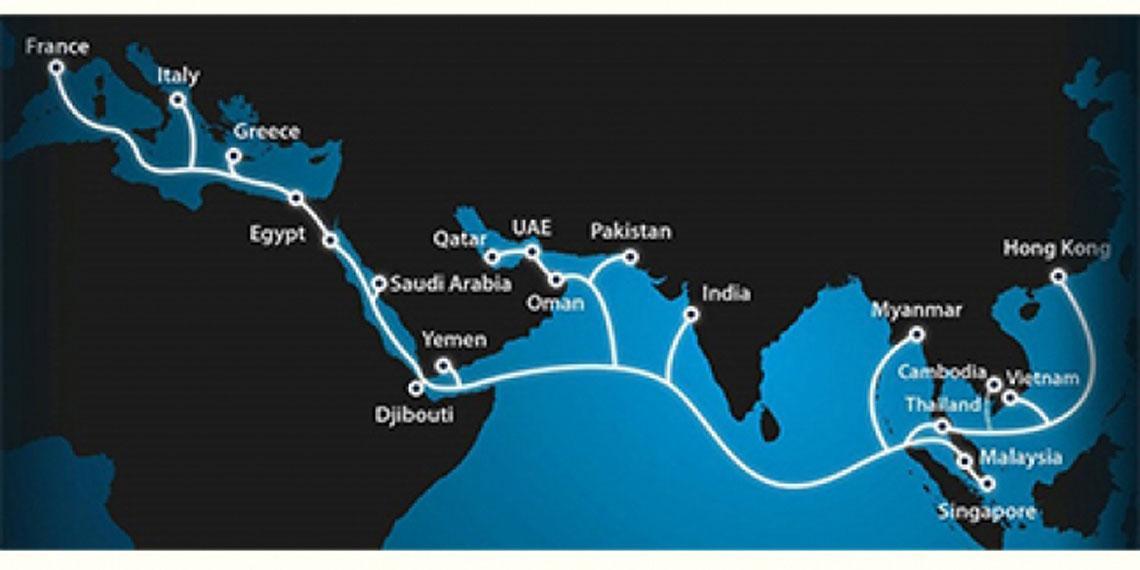 Cambodia is to get a connection into the 25,000km AAE-1 cable being built by a consortium of 19 global telcos to link Asian, African, Middle Eastern and European nations.

The Cambodian Government has granted a concessional contract to the Cambodia Fiber Optic Communication Network (CFOCN), a subsidiary of Shenzhen-based AAE-1 consortium member HyalRoute Group, to invest $69.7m to build and operate the cable and a landing station in Cambodia's southwestern Preah Sihanouk province, according to China's official Xinhua news agency.

The contract was signed by Cambodian Minister of Posts and Telecommunications Prak Sokhonn and chairman of CFOCN Huang Xinglong Kan Channmeta in Phnom Penh. The contract enables CFOCN to build and operate the cable for 25 years before the company transfers the submarine cables and landing station to the government.

Kan Channmeta, Secretary of State of the Cambodian Ministry of Posts and Telecommunications, said: ""This project will contribute to increasing the percentage of Internet users in Cambodia from the current 45 percent, or 6.5 million people, to about 80 percent in 2020. I'm confident that the project will significantly contribute to the development of information and communication technology in Cambodia.""

Channmeta said the cable would have a capacity of 1.8Tbps. It is due to be ready for service by the end of 2017.

Guam and Marianas to get new submarine connection
NEC and Docomo Pacific, a wholly-owned subsidiary of NTT Docomo,  have signed a contract to build ATISA, a submarine cable system that will connect Guam with the Commonwealth of Northern Mariana Islands.

The 280km cable will connect the islands of Guam, Saipan, Rota and Tinian and is expected to be completed in early 2017, ATISA is expected to enhance connectivity among the four islands.

Jonathan Kriegel, President and CEO of Docomo Pacific, said: ""Project ATISA was born out of the collective desire of elected leaders, business owners, and most especially our customers, to bring transformative change to our islands' infrastructure. Once completed, ATISA will have a significant and measurable impact on the ways the Northern Mariana Islands and Guam interact and communicate with the rest of the world.""