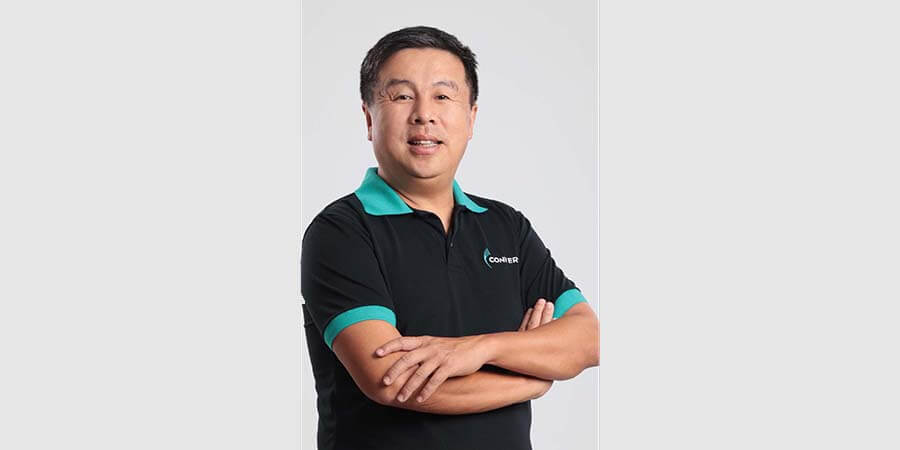 The Philippines’ only pure-play high-speed fixed broadband operator, Converge Information and Communications Technology Solutions, Inc. ended 2Q2021 with 1,355,079 residential subscribers, 85% more than in 2Q2020 resulting in another record quarter for the Company. The completion of the initial phases of Converge’s domestic subsea cable network in the VisMin region in 2Q2020 resulted in the activation of an end-to-end nationwide backbone reaching from northern Luzon to Mindanao. This event represented another historic milestone in the mission of Converge to bring reliable and affordable, high-speed fiber internet to millions of households in the Philippines nationwide. As the fastest growing fixed broadband operator in the Philippines, the Converge deployed a record 565,848 new fiber-to-the-home (FTTH) ports during the quarter, more than twice the number of FTTH ports deployed during the same quarter the previous year. As of June 30, 2021, Converge’s nationwide network reached more than 8.3 million homes, on track to reach the company’s target to cover approximately 55% of households in the Philippines by 2025.

Residential subscribers grew to 1,355,079 as of June 30, 2021 from 731,563 as of June 30, 2020. During 2Q2021 and based on publicly available information, Converge captured 47% market share of fixed broadband net adds amongst the three largest broadband operators in the Philippines, representing an increase in fixed broadband market share from 21% in June 2020 to 29% in June 2021. Reflecting the high demand for fixed broadband connectivity services in the Philippines, it is estimated that 95% of new subscribers in 2Q2021 were first time fixed broadband users. Driven by continuous demand for fiber plans including increased take-up of add-on plans and premium packages, monthly residential blended ARPU also improved from P1,287 during 2Q2020 to P1,372 in 2Q2021. Despite a larger proportion of subscribers as of June 2021 subscribed to Converge’s base plan compared to June 2020, there was an increase in demand for add-ons services and premium plans, specifically the higher capacity plans, 10-for-99 add-on, and Time-of-Day plans.

Revenues from the enterprise business grew by 3.8% YoY. The successful launch of the company’s SME product flexiBIZ earlier this year allowed Converge to almost double its SME customer base in 2Q2021 from the same period last year. Overall enterprise customer base increased from 10,498 unique customers as of June 30, 2020 to 17,539 as of June 30, 2021.

Converge’s continued prudence in the management of direct costs, such as its international bandwidth and leased line costs and increasing operating leverage contributed significantly to continuous EBITDA growth. Converge achieved yet again a record EBITDA of P6,494 million in 1H2021, representing an increase of 96.0% from 1H2020. As a result, Converge was able to improve its record consolidated EBITDA margin to 55.1% in 1H2021, higher than the 51.1% in the same period the year prior.

In September 2020, Converge started to draw down on its international capacity from the Telstra Indefeasible Right of Use (IRU) contract, reducing the need to lease additional international bandwidth capacity. This, together with prudent management of other international lease agreements, resulted in a reduction of bandwidth and leased line costs from 9.8% of total revenues in 2Q2020 to 3.8% of total revenues in 2Q2021. These cost reductions outpaced the increase of other cost items such as personnel cost, which increased from P609 to P1,008 as a result of additional headcount and employee stock ownership plan recognition.

Converge is seeing signs of recovery of the SME sector in the second quarter of the year. Its SME customer base grew significantly in 2Q2021, arising from innovative product launch and improved sales and marketing initiatives. Converge pursued strategic, on-the-ground sales activities that increased client reach, covering commercial districts in cities and municipalities as well as covering the barangay level. After the introduction of the new SME product flexiBIZ in March 2021, SME customers grew from almost 8,800 as of March 30, 2021 to almost 13,900 by June 30, 2021. The flexiBIZ plan doubles the internet speeds during peak working hours of the day (7:00AM – 6:59PM) when the customer would need the bandwidth more. Along with the launch, the company also organized and participated in various online webinars to promote the product and to introduce its features to a wide variety of audience. Revenue growth from SME is expected to be further accelerate by expansion in the VisMin area, where there is heightened demand for reliable fiber based connectivity services.