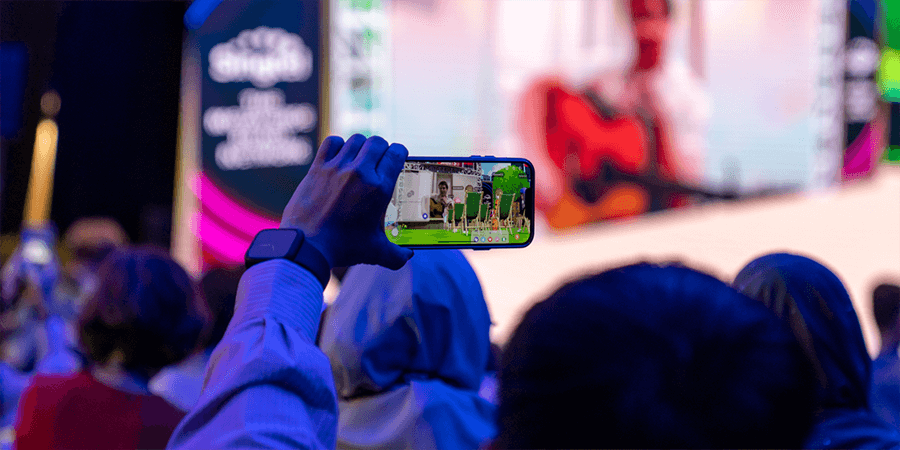 Singtel, together with SK Telecom (SKT), has held its first metaverse event in Singapore. Titled “Destination: ifland” the event demonstrated how Singtel’s 5G network is able to support and enable richer and more immersive metaverse experiences for consumers on SKT’s ifland app, which was first launched in South Korea in July 2021.

“Destination: ifland” is the first installment in The Meta Guide, a series of metaverse-themed events Singtel plans to develop in collaboration with SKT. The series aims to introduce new platforms and experiences in the metaverse for consumers to explore.

The metaverse platform, ifland, enables users to design their own digital avatars to chat and participate in a host of activities such as virtual concerts, celebrity fan meets and other events offered by SKT and its partners. Users can also create their own “rooms” and invite their friends to participate in activities that are specific to their interests.

About 130 participants took part in the debut showcase, during which they created and customized avatars of themselves in ifland before entering the Singtel x ifland room, where they interacted with an American singer-songwriter and explored other immersive metaverse experiences such as playing games using the Pico 4 augmented reality (AR) headsets.

“The evolution of the internet is shifting towards a creator economy and immersive virtual worlds. This requires an ultra-low latency network with high-speed connectivity and higher bandwidth to enable the creation and delivery of an enhanced metaverse experience involving multiple users and augmented or virtual reality devices,” said Anna Yip, chief executive officer, Consumer Singapore, Singtel. “With SKT, we’re excited to showcase the capabilities of Singtel 5G in enabling innovative ways to engage consumers in the metaverse, such as new product launches, e-gaming, entertainment events and more. In keeping with our focus of delivering unique and meaningful digital experiences to our customers, we’ll be working with our partners to develop and deliver more such use cases that demonstrate the capabilities of our metaverse-ready network.”

One of four strategic partners and the only telco globally, Singtel is working closely with SKT to develop virtual versions of places in Singapore and avatars customized to the local culture. In the long term, SKT and Singtel aim to expand their metaverse offerings to countries where Singtel has a presence, such as Indonesia, Thailand and the Philippines. In parallel, the two companies will also explore opportunities to collaborate in areas such as advanced data encryption to build safer networks against emerging cyber threats.