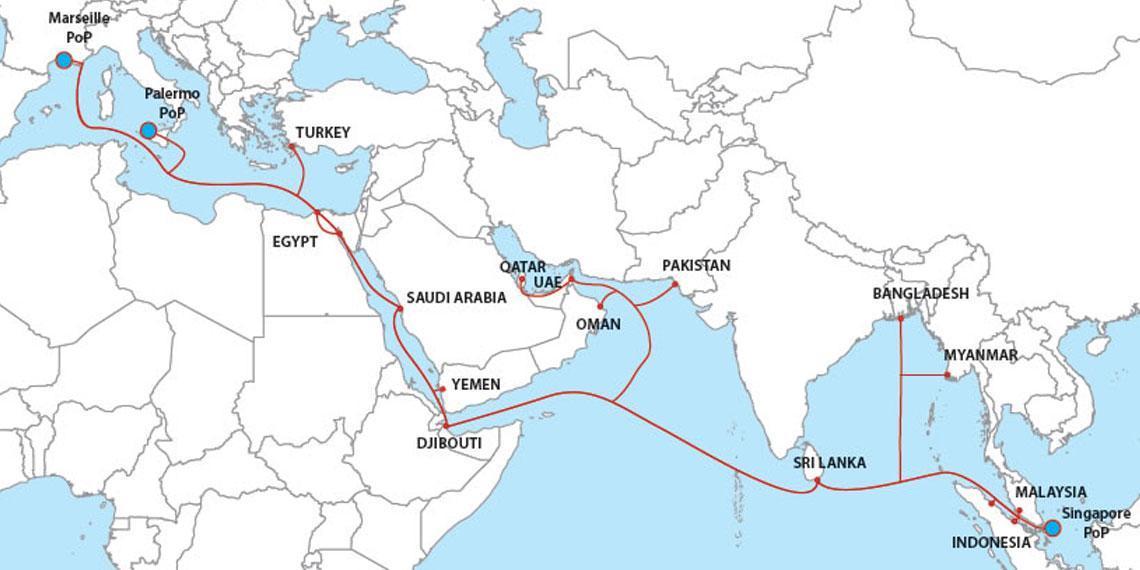 Bangladesh is going to connect its second submarine cable to get another 1500Gbps bandwidth, as the SEA-ME-WE 5 consortium is set to connect its global operation to Bangladesh. The South East Asia-Middle East-Western Europe 5 (SEA-ME-WE 5), a consortium of 15 telecom operators from 17 countries, shared the news at a ceremony in Istanbul, Turkey.

Monwar Hossain, Managing Director of state-owned Bangladesh Submarine Cable Company Limited (BSCCL) which is assigned to handle country bandwidth, said it's a great pride for Bangladesh as the consortium decided to launch the cable on February 21, the International Mother Language Day.

Officials familiar with the project, however, expressed skepticism that Bangladesh may not be able to reap the bandwidth from the opening day because of linkage between capital Dhaka and the landing station of SEA-ME-WE 5 in Patuakhali. But, the BSCCL Managing Director was optimistic that the linkage with the landing station would be completed in stipulated time by the assigned organization.

Bangladesh joined the SEA-ME-WE 5 consortium in March 2014 spending Taka 660 crore. Of the total cost, the government has provided Taka 166 crore while BSCCL has contributed Taka 142 crore and the remaining Taka 352 crore has been collected as loan from the Islamic Development Bank.

The country got its first submarine cable connection -- SEA-ME-WE-4 -- in 2006. SEA-ME-WE-4 has already passed more than half of its lifespan and that is why Bangladesh needed to connect with another cable before 2025. At present, neighboring country India has eight connections, Pakistan four and Sri Lanka three.

The SEA-ME-WE 5 Consortium signed an agreement in Kuala Lumpur on March 7, 2014 to build a state-of-the-art undersea cable. The SEA-ME-WE 5 cable will span approximately 20,000 km, connecting 17 countries through Points-of-Presence (POPs) from Singapore to the Middle East to France and Italy in Western Europe, with a system capacity of 24Tbps.