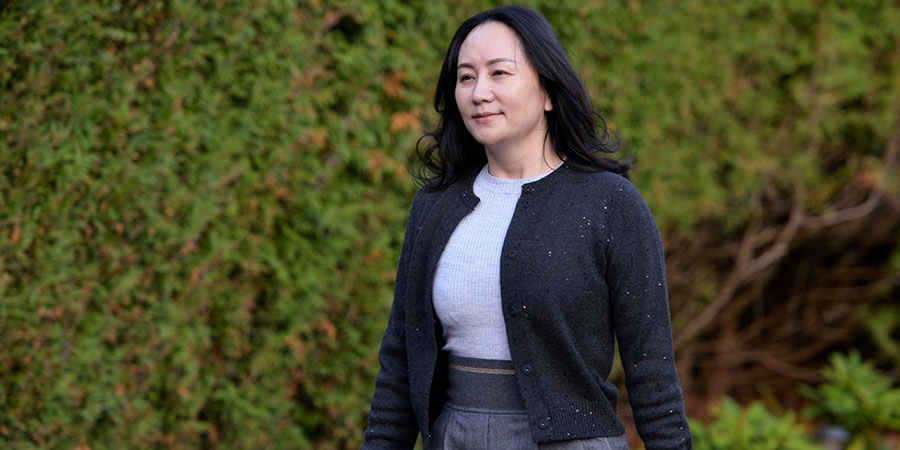 Lawyers for Huawei Chief Financial Officer Meng Wanzhou argued in a court to let her leave home without the security detail that was a condition of her bail since she was released after her December 2018 arrest.

According to Wanzhou — who has survived thyroid cancer and has hypertension — security guards who accompany her everywhere during daylight hours are placing her at heightened risk of catching COVID-19.

Lions Gate Risk Management President, Doug Maynard, said he believes Meng is still at risk of extraction by a foreign government and targeting by organized crime.

It’s been two years since Meng has lived under the same set of bail conditions, when a judge released her from institutional custody pending extradition proceedings. Meng wears a GPS ankle monitoring bracelet and is confined to her home from 11 p.m. to 6 a.m. every day. But she is allowed to travel around the Lower Mainland alongside guards — who she pays for — during the day.

Liu Xiazong, her husband, admitted that despite her confessed concerns about catching the coronavirus, Meng lived with him as he quarantined alongside her at their Vancouver mansion after arriving in Canada on a flight from Hong Kong last fall. The same went for their kids when they flew to Canada before Christmas.

Canada's guidelines say you should avoid quarantining at home if you cannot separate yourself from those you live with.

Maynard, who was a Crown witness, said COVID-19 was as much a concern for him and his staff as it was for Meng and her family. He said he has repeatedly expressed concern about the behaviour of Meng and her entourage during the pandemic.

"I want to be careful not to be construed as the COVID police. We're there to ensure that our client is enforcing or adhering to the guidelines because it's for their health and their safety protection as well as our staff."

Maynard said Meng has intermingled her household bubble with the bubble of professional people who surround her, including Huawei employees and Chinese consulate staff.

He said they have had gatherings in the past three months of around 10 people where food and wine was shared in a restaurant closed for the occasion.

Regarding the extradition proceeding, it is expected to get underway at the beginning of March and to continue in various stages until the end of April.

The first part of the proceedings will involve a defence bid to have the case tossed because of alleged violations of Meng's rights.

Her lawyers claim she is being used as a political pawn by U.S. President Donald Trump and they also say the Canada Border Services Agency and RCMP conspired with the U.S. Federal Bureau of Investigation at the time of her arrest to deny her access to a lawyer.

The defence also claims that the U.S. deliberately misled Canada about the strength of the case against Meng and is reaching beyond its jurisdiction to punish her.

The final part of the proceedings will be a test of the strength of the extradition request itself.