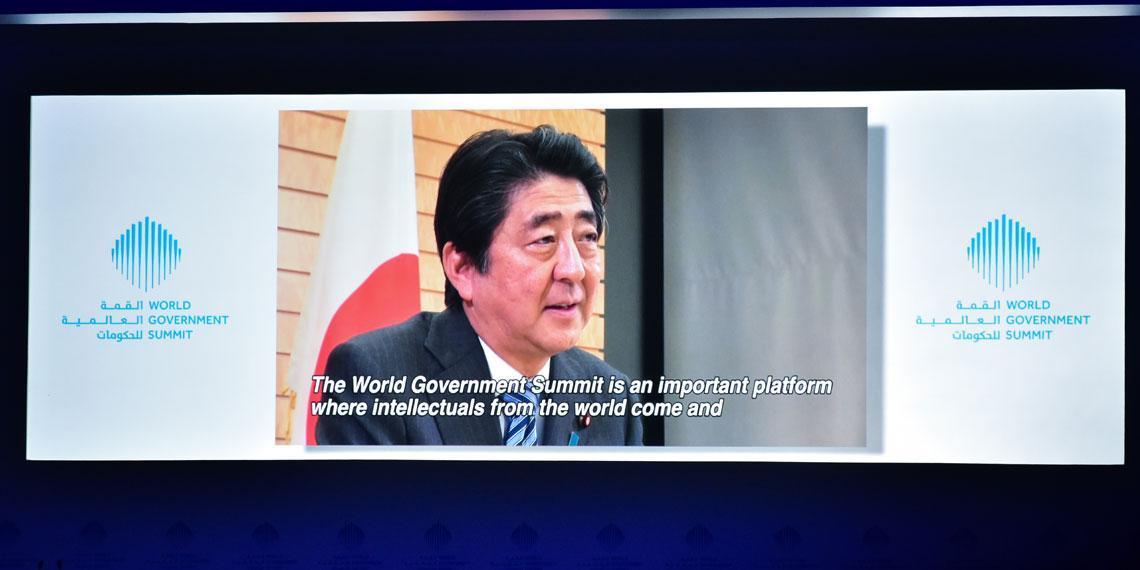 Japanese Prime Minister Shinzo Abe has declared during a video address made to leaders at the World Government Summit in Dubai  that diversity is the key pillar for growth and critical in order to create new ideas and foster innovation. Mr. Abe was officially represented at the summit by Japan’s Minister of State for Foreign Affairs, Kentaro Sonoura.

Mr. Abe singled out ‘diversity’ as being a key pillar for growth pointed to the spirit of coexistence in the UAE as a perfect example of this. Japan’s Prime Minister stressed that the world has become much more culturally diverse, and as a result said it was vital we understand how these traditions coexist.

He said: “As the world becomes more culturally diverse, it is critical that we understand how these traditions will coexist in future. It is critical that governments use this diversity as a pillar to enable economic growth based on innovation. The Middle East is a perfect illustration of this when you consider it has been central to so many cultures and religions since ancient times.”

Japan’s leader spoke about how impressed he was at the ability of different cultures to coexist when he visited Dubai in 2013, and praised the government for introducing the Ministry of Happiness. He added that 2020 will provide Japan and the UAE with an international stage to showcase and demonstrate all its qualities. Japan will host the Olympic Games and the Paralympics while the UAE will host the World Fair.

Mr. Abe said: “When I visited Dubai in 2013, I was impressed by the way in which various people from different parts of the world coexist. Furthermore, I commend the creation of the Ministry of Happiness because it demonstrates that happiness is indeed the responsibility of governments. In 2020, Japan will host both the Olympic and Paralympics while the UAE will host the World Fair. This will give both countries an international stage to demonstrate the benefits of societies living together in a spirit of tolerance.”

Japan’s Minister of State for Foreign Affairs, Kentaro Sonoura represented the Prime Minister in an official capacity and also gave an address to leaders assembled at the World Government Summit.

In his address, the Japanese minister said that the UAE served as a benchmark to other governments in relation to governance - and added that its continued investments in services such as education and innovation will ensure further success.

Mr. Sonoura said: “Your commitment to the environment, public health, human development and good governance are benchmarks for governments around the world. In addition, your investments in education and innovation will ensure a brighter tomorrow.”  He also added that it was the role of government to stimulate curiosity and provide pathway for greater success. “The role of government is to invest in people’s future by promoting education and innovation. Governments must invest in new tech and create regulatory reforms to pave the way for greater success,” he concluded.