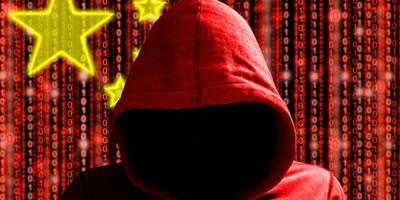 China has announced a new set of regulations it will introduce as it intensifies its campaign against anonymous users. The country already has a reputation for imposing some of the strictest policies in relation to internet freedom and censorship. However, China’s top internet censor is now being granted access to delete posts by anonymous users on any internet forum or platform.

The Indian government has requested that US technology colossus Apple must provide them with a detailed vision for its job creation plans in the country – and its long-term investment strategy for manufacturing iPhones in India – before it will even consider the prospect of granted Apple’s request for tax concessions.

India’s government is currently examining ways in which it can reduce the growing problem of urban congestion in major cities across the country. The government has formed a federal think-tank, which is chaired by the Indian Prime Minister Narendra Modi. Prime Minsiter Modi has previously called for reduced car ownership and believes the use of private vehicles as shared taxis could be the ideal solution to India’s traffic woes.

Read more: India to partner with Uber in an effort to reduce urban congestion in major cities

A professor has urged government authorities in the Pacific Islands to embrace ICT in order to revolutionize and transform the services it provides for its residents by bringing the system into the digital era. Professor, Graham Hassall, believes an education process is required to highlight the potential of ICT and the subsequent benefits that this technology adoption via government services will have for the Islands.

Read more: Professor urges the governments of the Pacific Islands to embrace ICT

The Indonesian government and Google have finally resolved its long-running dispute over allegations that the US technology colossus had avoided paying millions of dollars in taxes. Indonesia’s Finance Minister, Sri Mulyani Indrawati has confirmed that an agreement has been brokered, but revealed that the figure agree will not be disclosed. The Indonesian Finance Minister said: “We already have an agreement with them based on the 2016 annual tax return form, but we can’t disclose the figure.”

Thailand’s government has threatened to shut down social media colossus Facebook in the country - after it refused demands from authorities to remove posts. Government officials issued a request to Facebook to remove around 131 posts off the popular networking platform claiming the posts were ‘illegal’.

The United States is planning to increase its scrutiny of Chinese investment in Silicon Valley in an effort to protect what it describes as ‘sensitive technologies’ which are seen as vital to US national security. China has shown a particular interest in AI and machine learning and both technologies have received a significant amount of Chinese capital in recent years.

Read more: US to increase scrutiny on Chinese investment in Silicon Valley over fears to national security

Thailand has announced its ambitious aim of introducing broadband access to every village in the country by 2018. The Thailand government has recognized the power of the digital economy in terms of creating innovation – which can significantly reduce the gap between rich and poor in the region. It has declared its long-term commitment to embracing technology and will attempt to bring connectivity to even the most remote parts of Thailand.

Read more: Thailand announce plans to introduce broadband to every village by 2018

China’s strategic approach to technology investment has been hailed by the CEO of trade group CTA (Consumer Technology Association) at CES Asia, an ICT exhibition which is currently being held in Shanghai. CTA CEO, Gary Shapiro, claimed that China has taken a successful US model and improved on it – highlighting the country’s sharp focus on technology and innovation as the primary reason for its success.

The FCC (Federal Communications Commission) has disclosed that the agency is currently conducting a forensic and in-depth regulatory review - as it continues its attempts to remove regulations deemed outdated and that in fact only serve to create barriers for business. The comments were made by the head of the FCC, Ajit Pai, who also claimed the regulatory body was keen to adapt certain rules to the digital age in order to increase innovation.