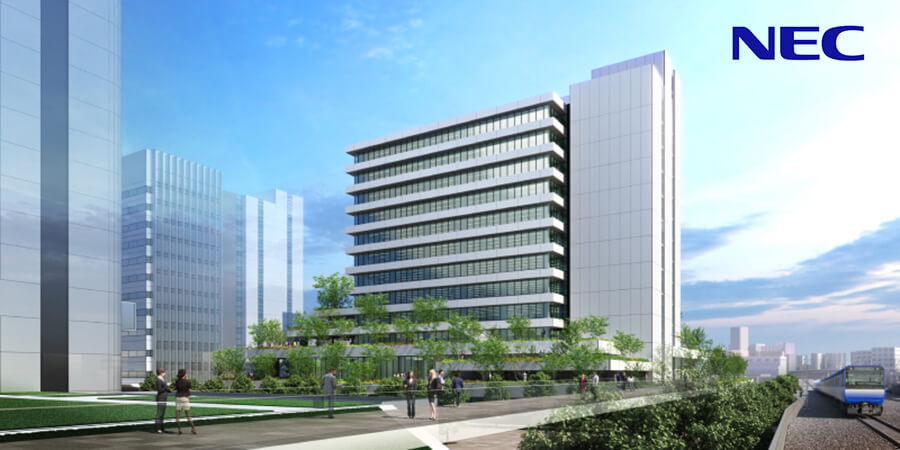 NEC Corporation has announced the construction of a global base for innovation near Tokyo.

According to its press release, the provisionally named “NEC Innovation Building" is slated to be 12 stories above ground and to provide a total floor area of approximately 50,000 square meters at a construction cost of roughly 33 billion yen (US$236 million). Construction will begin in March 2023 and is expected to be completed in June 2025.

The new building is scheduled to be used by approximately 4,700 people belonging to organizations, such as the Global Innovation Unit, that are involved in the creation of innovation, including the development of cutting-edge technologies and new business development at NEC.

By making use of NEC's diverse assets, the company said it aims to become a forum for “creating knowledge" by interacting with startups and partners around the world and creating social value through open innovation.

Visitors will be welcomed at an open main entrance on the second floor, and the fifth to 12th floors will have an atrium structure in the center with an interior staircase to provide opportunities for interaction and communication among users. In addition to office floors, the building will also have a floor for evaluation experiments and demonstrations, a floor for joint research and development with partners      and a floor for events and networking.

Moreover, as a flagship building for work style reform, a “Communication Hub" will be provided as a forum for collaboration with team members throughout the building, as well as an “Innovation Hub" where individuals from inside and outside the company can gather and a variety of digital technologies, such as facial recognition, will be installed.

As a countermeasure against disasters, the building will adopt a seismic isolation structure and a machine/equipment arrangement that does not impair the building's functions, even with a flood height of 2.6m.