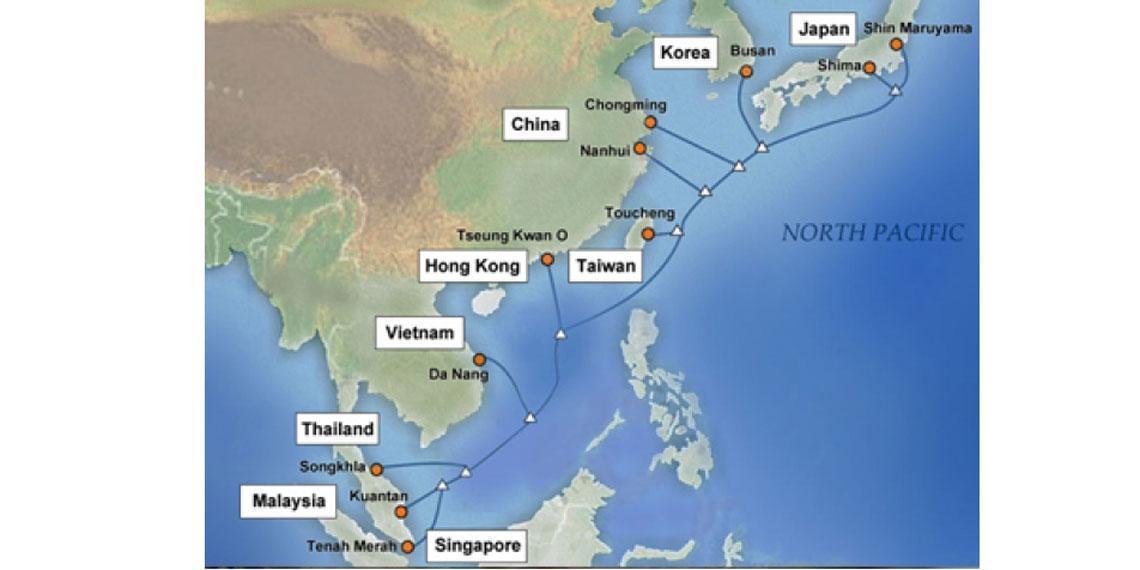 NTT Com said the APG cable would increase data transmission capacity in the Asian region, improve connectivity between various regions and countries and improve redundancy by means of diverse routing.

The 10,400 km APG network uses 100Gbps per wavelength optical transmission technology and has a total capacity in excess of 54Tbps, the highest of any network in Asia, according to NTT Com. It has landing points in Mainland China, Hong Kong, Taiwan, Japan, Korea, Malaysia, Singapore, Thailand and Vietnam.

NTT Com has established two landing points in Japan where the APG cable will connect to the Pacific Crossing-1 cable which runs from Japan to the US.

NTT Com has also implemented diverse landing points in Hong Kong and Singapore for the APG and for the Asia Submarine-Cable Express cable, launched in August 2012. As a result, NTT Com says it now has totally diverse cable routes between the US West Coast and key economic hubs in Asia.

The selection, which is based on predicted organic growth and overall customer satisfaction, was published in Ocean82's Voice of the Customer: Global Data VPN benchmarking report.