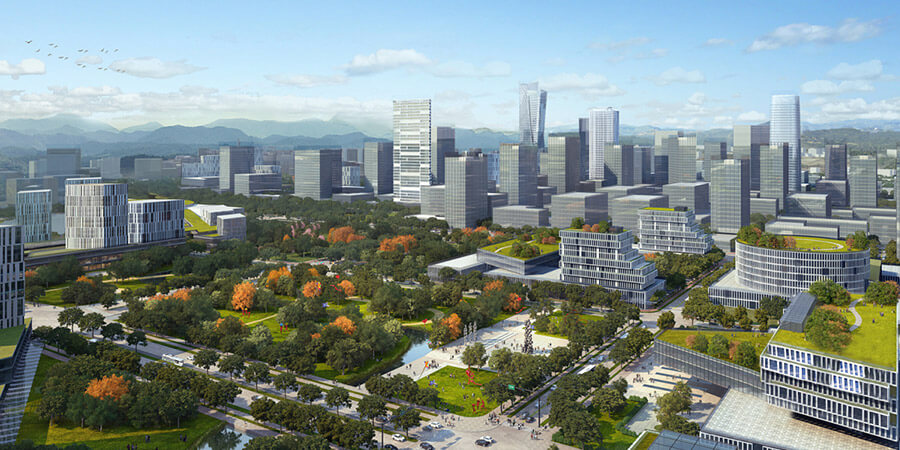 The Philippines Government has officially announced its detailed plans to construct a new $14bn 'pollution-free' super city - that would be bigger than Manhattan in an effort to address the chronic air pollution and traffic problems in its capital city of Manila.

Bidding has now commenced for companies that are interested in conducting the design, building, financing, or operations for the new city in the Philippines.

The new 'smart city' is being built as an alternative to the hyper-dense capital of Manilla which has been labelled by environmentalists as having the 'worst traffic' in the entire world. Manilla has serious mobility issues, and many say its urban congestion which has subsequently caused massive air pollution is irreversible.

In order to combat this, the new pollution-free smart city which will be known as 'New Clark City', offers residents in the Philippines with an opportunity to live in a healthy, eco-friendly and sustainable city.  Reports are suggesting that the developers spearheading the project, BCDA Group and Surbana Jurong, plan to build most of the new eco-city's infrastructure through private-public partnerships.

The new city will be constructed about 75 miles outside the country's capital city of Manila - and is expected to cover about 36 square miles and eventually house 2 million residents.

Developers say the city's construction and design will be oriented around new amenities frequently associated with smart cities like drones, driverless cars as well as green building technologies to make structures more efficient in terms of water and energy usage.

The make-up of New Clark has been disclosed and will consist of five districts, each with a different function - government, business, education, agriculture, and recreation.

The BCDA Group and Surbana Jurong will be responsible for developing the smart city, which will be larger than Manhattan and 184ft above sea level. Construction of the city is anticipated to begin in 2022 - accompanied by a new railway line connecting the new city to the capital.