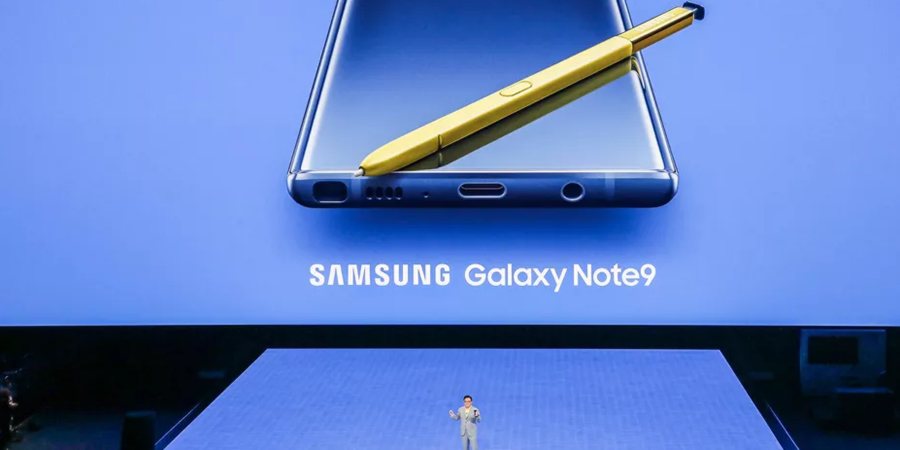 South Korean conglomerate Samsung is hoping that its new look Galaxy Note 9 smartphone will help address the recent flagging sales of its mobile technology - and offset the pressure being applied to the smartphone incumbent by Chinese company Huawei.

Samsung is confident it can win customers back by boosting the power and price of the Galaxy Note 9 in what is becoming an increasingly competitive smartphone market. Samsung has been the market leader globally for the last number of years, but it suffered a 22% decline in sales in Q2 - and management alarmed at that slump moved quickly to devise a strategy aimed at turning around its fortunes.

The company has attributed its Q2 loss to a disappointing response from consumers to the Galaxy S9, but analysts have also suggested it is being pressurized by growth in Chinese telecommunications behemoth Huawei.

The launch of the new Galaxy Note 9 was a glitzy affair in Brooklyn and the South Korean electronics magnate showcased a series of high-tech products, including a smart speaker and watch. The new smartphone will be commercially available to the US market on August 24th.

The phone boasts a number of new improvements, although analysts have stressed that the device has no new innovations. The latest model boosts memory capacity, and allows customers to play video games such as the popular Fortnite.

Samsung has also enhanced the capabilities of the gadget's batteries so it can now be used for an entire day without needing to be recharged -- a common headache for cell phone users. Other improvements include tweaks to the device's "S Pen" feature, which can be used as a remote control for taking pictures or selfies using Bluetooth technology.

The cost for Samsung’s new flagship smartphone has is considered by many analysts as ‘pricey’. The Galaxy Note 9 is retailing in the US at $1,250, whilst the gigabyte version will retail at $1,000.

Avi Greengart, analyst at GlobalData, described the upgrades in the latest Samsung as "iterative," adding "there is nothing radically new here."

"It's a really expensive phone and for people who are looking for a premium Android phone, they may well find it quite appealing," he said. "But it isn't likely to get people to consider the Note for the very first time."