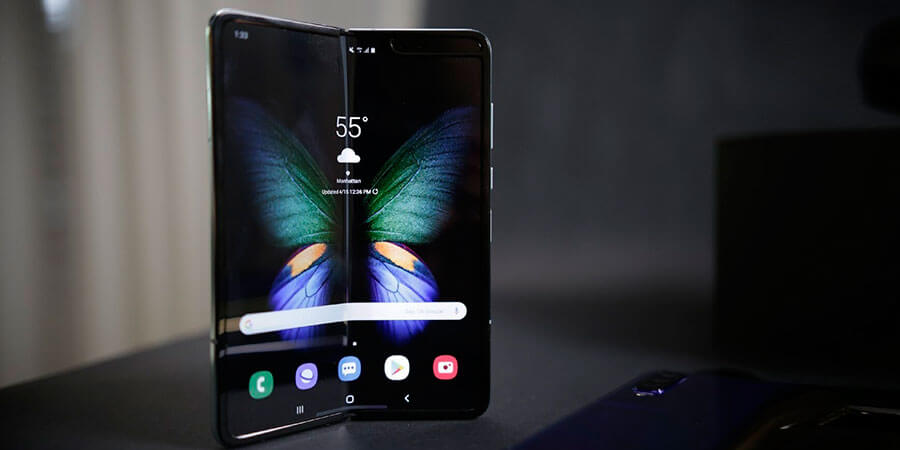 South Korean conglomerate Samsung has announced that they will conduct an investigation into its Galaxy Fold phones following a series of complaints.

The world’s No.1 smartphone vendor confirmed that it will inspect units of its much vaunted foldable smartphone after a number of reviewers reported screen damage.

A handful of US-based reporters were given the flagship Galaxy Fold phones, priced at $1,980, ahead of the model's official release next week. However, they reported screen issues within days of using the devices which set alarms bell ringing in Seoul. Samsung are still scarred by the issues it endured with the Galaxy Note 7. It was forced to recall all of its units after reports the devices were overheating and in some incidents were self-combusting.

Below is a snapshot of what some of the reviewers wrote about Samsung’s new flagship smartphone.

“The screen on my Galaxy Fold review unit is completely broken and unusable just two days in," Bloomberg's Mark Gunman tweeted. Dieter Bohn of The Verge said: "Something happened to my Galaxy Fold screen and caused a bulge. It's broken."

“We will thoroughly inspect these units in person to determine the cause of the matter," Samsung said in a statement after reports of the screen damage emerged. The main display on the Galaxy Fold features a top protective layer, which is part of the display structure designed to protect the screen from unintended scratches. Removing the protective layer or adding adhesives to the main display may cause damage. We will ensure this information is clearly delivered to our customers."

Some of the reviewers, including Bloomberg's Gunman, had removed this layer. CNBC's Steve Kovach said he had not, but still faced major problems with the device. Samsung is the world's biggest smartphone maker, and earlier this month launched the 5G version of its top-end Galaxy S10 device.