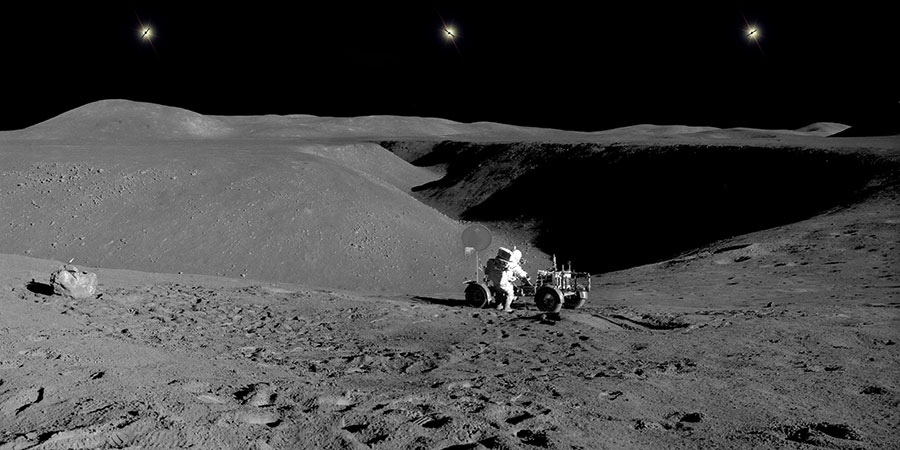 Inmarsat, the world leader in global, mobile satellite communications, will be a key member of a new consortium led by Telespazio to study the development of a satellite navigation and communications network that supports future missions to the Moon. Funded by the European Space Agency (ESA), this project will explore creating a single system that would serve all lunar missions, drastically reducing the cost of each trip that would no longer need its own infrastructure to be developed. The system would provide connectivity and navigation to both crewed and uncrewed missions.

Project Moonlight is ESA’s programme to explore, with industry, how to develop telecommunications and navigation systems to support future planned lunar missions. An industry consortium will study how a future Lunar Communications and Navigation Satellite (LCNS) constellation could work. This study will research demand from potential users and build a business case for future development of the system. The study will also provide a technical concept for the LCNS that fits within this overall business case.

Within the consortium, Inmarsat will be responsible for researching and collating the requirements from potential users of the system, in both the public and private sectors, who have lunar ambitions. In addition, Inmarsat will design the LCNS ground segment.

“Providing communication and navigation capabilities around the Moon is a major challenge, both technically and commercially,” said Yasrine Ibnyahya, Senior Director, Advanced Concepts and Technologies at Inmarsat. “But I strongly believe that the expertise and assets from Inmarsat and our partners can solve this challenge in the most efficient and cost effective way. Communications and navigation are both core capabilities of Inmarsat’s Earth operations in orbit and on the ground, so it is only natural that we expand our reach and leverage our know-how beyond our planet to the Moon.

“This lunar project is only the first step to unlock future opportunities. It can become the hub to facilitate human space exploration, further technology developments and perhaps access to new resources.”

Because missions could rely on this dedicated telecommunications and navigation service, they would also be lighter. This would create space to allow more scientific instruments or other cargo to be carried.

Science Minister Amanda Solloway said: “People all over the world will be hugely excited by the upcoming missions to the Moon – and I’m proud that it is UK space companies who are leading the way in making these become a reality. Britain’s expertise in navigation and telecommunications is second to none and this first of its kind commercial service - spearheaded by some of the UK’s most innovative businesses – demonstrates our ambition for the UK to become a world- leading space nation.”

An accurate and reliable telecommunications and navigation service would also enable missions to land anywhere on the Moon. Rovers and other lunar installations could be operated from Earth. Radio astronomers could set up observatories on the far side of the Moon.

Nick Shave, Vice President of Strategic Programmes for Inmarsat Global Government, said: “Project Moonlight opens up multiple possibilities to accelerate and diversify lunar exploration. It’s not inconceivable that, alongside vital operational uses, this satellite network could also provide a critical welfare service, such as allowing astronauts to relax by sending WhatsApp messages home from the Moon or even catching up on Netflix in orbit. The Inmarsat team is very excited to get to work engaging with potential users of the system, to use their insights and our expertise to deliver a strong recommendation to ESA so that this once in a lifetime opportunity can be delivered for all humankind.”

ESA has awarded funding to the consortium to cover the next stage of project development over 17 months and industry has also contributed to the project.

Large mission integrator Telespazio is the prime for this project with TAS the nominated satellite manufacturer.

Inmarsat participated in the initial phase 0 of this project in 2018 and 2019, performing a preliminary feasibility analysis of a Lunar Communication and Navigation System with ESA and partners. The company is now involved in the deeper analysis as part of the Moonlight initiative.

Upon completion of this 17 month study phase, ESA will then review the study to inform how to implement the next stage, including satellite and ground segment procurement, in late 2022.