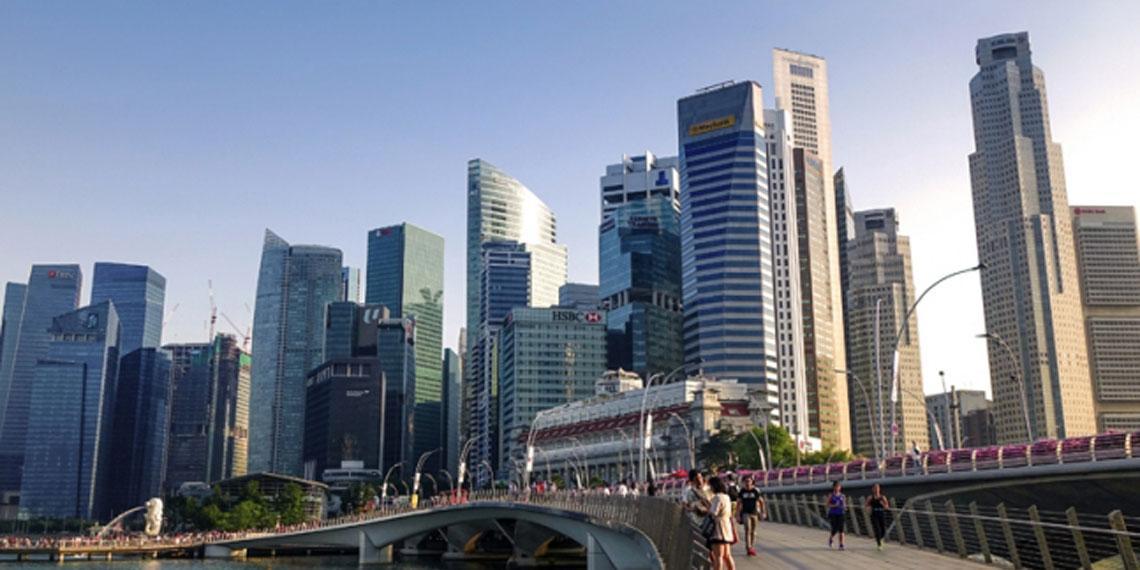 The beautiful region of Singapore has always been a place that has the intrinsic ability to blend both tradition and modernity. It has always braced modernity - and just over two years ago government officials announced their proposals for a program which was entitled Smart Nation.

The ambitious project was designed in order to fasten the city, residents and government into a new digital age of innovation and industry. Singapore is making the bold transition from a successful city to Smart Nation '“ but no other location was better positioned to become a smart city than Singapore. It already has a fiber network infrastructure that stretches the length and breadth of the island '“ which enables residents of this picturesque region to enjoy and benefit from the high-speed internet access available to them.

One of the amazing technology initiatives it plans to introduce is robots specifically designed to better the lives of elderly people. The initiative would teach elderly citizens how to use computers from basic to advanced levels. Another initiative aimed at improving the lives of its elderly citizens is the testing carried out on EMS (Elderly Monitoring System) '“ the Smart Nation wants to reduce the burden of looking after elderly people by devising this program. EMS is a noninvasive program that uses sensors on doors and inside rooms to monitor movement.

The objective is if there's a lack of activity or the system detects another incident, the caregiver, be it a family member or healthcare professional is immediately alerted by the EMS system. This sounds incredible, right? However, it has come in for strong criticism by those who feel it will result in family members not visiting their elderly relatives '“ which will in turn isolate the elderly population further.

The trial is opt-in and a spokesperson for Smart Nation explained the theory behind the initiative. 'EMS has been designed to ensure peace of mind for those with elderly family members. As beneficial as it may be for families of at-risk people, the effort seems as much about reducing the cultural stigma of not ""doing your familial duty"" by constantly checking up on people.'

The private sector is involved in the rollout of EMS. Where this partnership differs from the energy monitoring schemes is who will pick up the tab. During the trial period, the government is handling costs, but it's expected that residents with the means to pay will do so when the service goes into full operation. Commercialization of initiatives is seen as key for driving Smart Nation forward -- the government supplies the ""laboratory"" for businesses to flourish in.

Singapore has always been at the forefront of autonomous vehicle testing '“ so it comes as no surprise to hear that the Smart Nation program has accelerated that process. A number of streets have been opened specifically to allow testing of self-driving cars and buses. Smart Nation officials also revealed that there have been a number of small-scale trials on shuttles which have been carried out at Nanyang Technological University over the last couple of years.

More recently, MIT spin-off nuTonomy started testing autonomous taxis on the city's streets, but while these innovative and exciting efforts continue '“ Smart Nation are making efforts beyond self-driving vehicles and have significantly reduced the issue of crowdedness on buses and waiting times on these services by introducing sensors.

Sensors are at the heart of Smart Nation and the government used them in order to track its bus convoy '“ their ability to crunch data has resulted in them being able to identify problems and formulate solutions to work around issues. This has resulted in a staggering 90% reduction on the issue of overcrowding and has reduced waiting times on services to between three to five minutes.

These initiatives are just the beginning, and countless possibilities are already in the pipeline. With a solid foundation already in place here and an incentive and passion to build on it in the coming years, Singapore is perfectly poised to evolve into a Smart Nation.