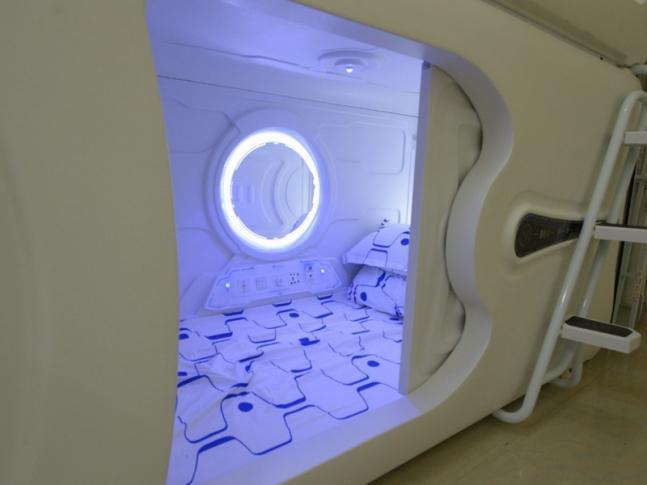 Hong Kong is one of the world’s most beautiful places in the world to live – and is also one of the most innovative cities on the planet. However, it is not immune to problems, and like many other major cities across the world it has a real problem with housing.

One of the biggest issues in Hong Kong in relation to housing is the excessive cost of either renting or buying a property. The median property price is 19 times the median annual household income. Many residents have very few options available to them, and for some the only alternative solution to their problem is to live in one of the Hong Kong’s notorious ‘cage homes’.

The properties consist of bunk beds surrounded by metal cages and are often located within the compounds of a sub-divided flat – a cramped apartment which is split into even smaller spaces. However, a Chinese entrepreneur believes he has the answer to resolve the housing crisis in Hong Kong.

Sandy Wong has developed a variant of ‘cage homes’ and instead has produced ‘luxury cage homes’. But what is luxurious about these homes?

Wong has taken inspiration from Japanese capsule hotels – he claims the pods he has created can offer a luxury experience in a tiny space. He has built six properties around the city and has included 108 ‘luxury cage homes’ within them – that’s work out at about 18 pod capsules per flat.

The smallest of these properties is just 400 square feet (37 square meters).The pods themselves range in size, with the largest being 6ft (2 meters) long and 4 feet (1.2 meters) wide. As well as a bed, each capsule contains modern amenities such as a TV, air-conditioning, a mirror and purple LED lighting, which lends them a futuristic feel.

There’s no doubting that Wong has created a futuristic feel to the new cages – but whether or not they can be described as luxurious is open to debate. The entrepreneur who hails from Guangzhou in Southern China has revealed that the cost for one of these futuristic capsules will be $1,289.

Wong said he identified a potential in the market for such an invention – and believes his unique selling point is the fact he now provides ‘personal space’.

Wong said, "These (capsule homes) provide personal space. That's the selling point. There's a lot of demand for this sort of thing. I noticed a gap in the market."

Wong believes there is a huge demand for cheap housing and says he has targeted students attending university that have been priced out of affordable accommodation. He began renting out his capsules six months and explained that the age demographic of his tenants was between single men aged between 20 and 40.

The pods cost between $361 and $580 per month to rent, with rates determined by where a pod is located within the flat (capsules inside the more private bedrooms are costlier than those in the living room, for example), and how centrally located in Hong Kong the apartment is.

"Everyone gets to use (the communal space in) the living room, sharing is an issue that can't be solved, but if you're living in these comparatively nicer spaces, then you can accept sharing facilities."

Some have been highly critical of the capsules in relation to the price structure in order to live in one them, but Wong shrugged off the criticism and said he expected a backlash of sorts.

Wong said: “Negative reactions are normal whenever something new comes out – and while I don’t agree with a lot of the criticism –I wasn’t surprised by it and expected to a certain degree.”