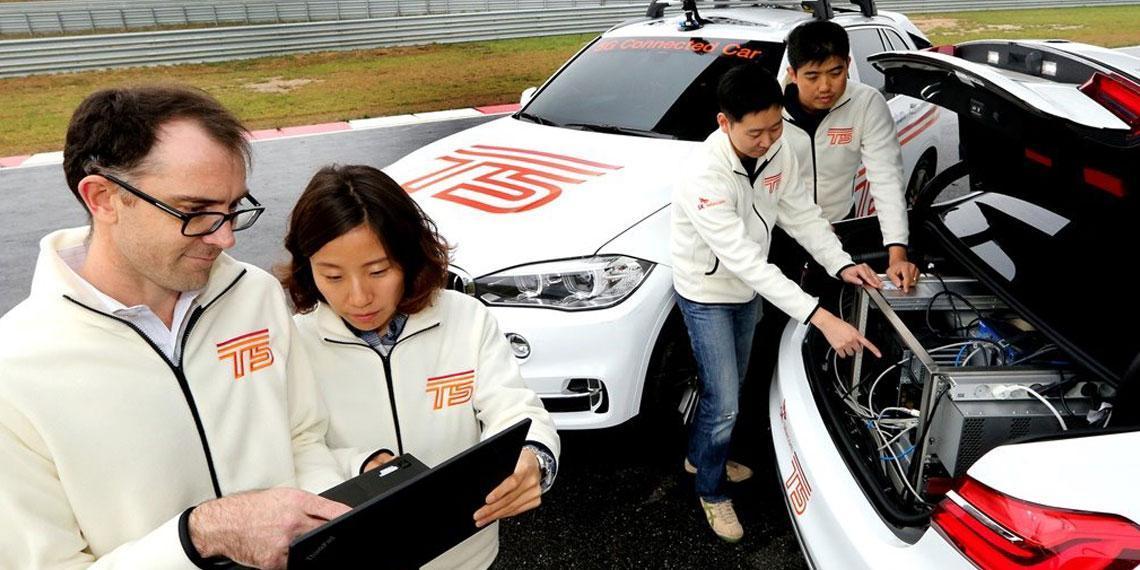 SK Telecom (South Korea Telecom) announced that it, together with Ericsson and BMW Korea, has realized a peak rate of 3.6Gbps for a connected vehicle travelling at a speed of 170 kilometers per hour.

Through the application of its advanced beamforming and beam tracking technologies, SK Telecom was able to address the limitations of millimeter wave bands stemming from the fact radio waves in these bands use high gain and high directivity antenna, which causes signals to be often blocked by objects standing in their path and have smaller coverage.

The 3.6Gbps of data rate realized by the three companies significantly enhances the stability of connected car services by improving image recognition and V2X (Vehicle to Everything Communication) technologies. That is, a vehicle will be able to communicate, in real time, with other vehicles, traffic lights and surveillance cameras to understand and respond to unexpected situations and obstacles and remain within the lane in a much shorter time.

Moreover, the ultra-high transmission speed at millimeter waves is expected to have a huge impact on all 5G use cases including augmented reality (AR), virtual reality (VR), drones and robots. For instance, companies will be able to develop innovative 5G services, including a service that allows users to watch VR content within a moving bus or a drone that sends real-time video of a disaster-stricken area to provide a better understanding of the situation.

“Connected car is regarded as the barometer for 5G as it can only be realized through the combination of all 5G technologies. As ultra-high speed and ultra-low latency are prerequisites for realizing autonomous driving and immersive media services, the 3.6Gbps transmission speed we successfully demonstrated today not only brings us a step closer to realizing autonomous driving, but will also have a great impact on a broader range of industries,” said Park Jin-hyo, Senior Vice President and Head of Network Technology R&D Center.