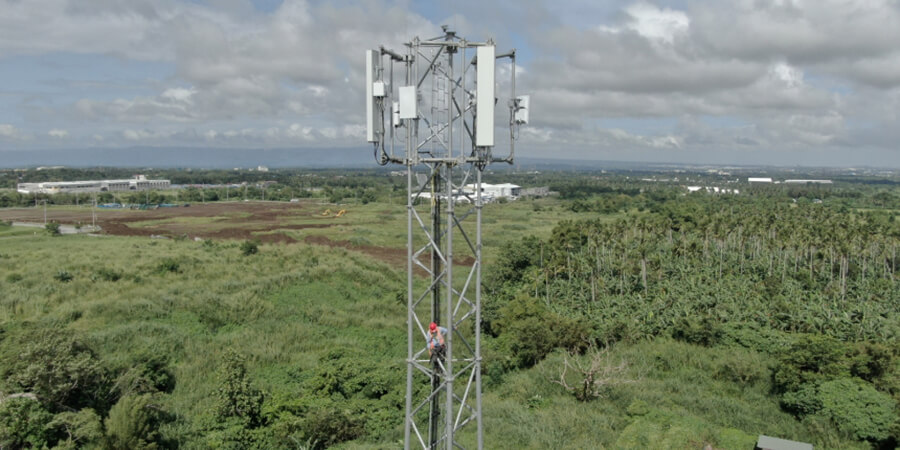 The internet became more affordable for users of different income groups all over the world in 2022, according to an assessment by the International Telecommunication Union (ITU).

The increased access to online technology was due to the lower costs of internet services.

“The digital divide is no longer just a technology divide — it is an opportunity divide," said Doreen Bogdan-Martin, director of the ITU's telecommunication development bureau and ITU secretary-general. “We live in a world filled with crisis and need. For its part, Partner2Connect's success in mobilizing commitments will be central to global efforts to get every person online."

But despite this development, the International Monetary Fund (IMF) in its latest study said Asia’s digital divides are still evident in many parts of the region today and therefore hamper productivity growth. It added that access to cutting-edge digital technologies is highly uneven within countries and across providers.

A new study released by the IMF suggests that almost 50% of small and medium enterprises and about a third of large businesses in emerging and developing countries in the region still face challenges in obtaining financing, which has become a major obstacle to technology adoption. Lacking digital means has made it difficult for them to sell and market their products and services, even amid the pandemic.

The technological gap is also triggered by a slow distribution between leading and lagging firms.

These digital divides, it adds, also deter workers from maximizing the benefits of participating in the new economy and achieving their full potential. It cites as an example the low percentage of internet users in Southeast Asia. It notes that although internet access is affordable in countries like Vietnam and Bangladesh, the     connection still remains slow most of the time.

In early 2022, the ITU reported that roughly one-third of the global population still doesn’t have access to the Internet, a figure that was higher than that of 2021.

According to Bogdan-Martin, while more people today can afford internet connectivity, it does not imply fast and equal access across the world, as it should. “Too many people still live in digital darkness. Our global challenge is to commit the resources that would allow everyone to benefit in a meaningful way from being connected."

The IMF suggests some reforms to allow more productivity and broad-based innovation in Asia. These include: “enhancing countries’ digital infrastructure to improve access to information and technology; upgrading digital literacy and upskilling the young workforce in many countries to meet employers’ demand; and alleviating financing constraints faced by SMEs to help them adopt new technologies. Greater access to finance would help innovators introduce new products and facilitate adoption of new technologies by streamlining regulations in line with the evolving digital industry, enhancing the legal environment, including on data and intellectual property rights protection and facilitating digital trade.”

To narrow the digital divide among their populations, here is how countries in some parts of Southeast Asia are trying to achieve their digitalization goals.

Although it is still behind in the technology race in the region, the Philippines has now welcomed more technology service providers to help address the increasing demands for digital transformation.

And the country is now advancing its national ICT agenda.

One of its largest telecom providers, PLDT, said it continues to update its network to provide fiber to underserved areas, particularly in regions outside the capital region of Metro Manila. As of the end of 2022, PLDT had expanded its total fiber footprint to over 1.09 million kilometers, consisting of over 231,000 kilometers of international fiber and almost 860,000 kilometers of domestic fiber.

Its main rival, Globe Telecom, also said it continues to expand and upgrade its network, especially in isolated, disadvantaged and conflict-affected communities, to help deliver connectivity to 17,000 public schools that still do not have data or internet access.

According to Globe, it allocated 89 billion pesos in 2022 for its capital expenditures. For the first six months of that same year, it had already spent 22 billion pesos on the construction of 572 new base stations. An additional 1,700 cell sites were installed nationwide by the end of the year to reach more unserved and underserved citizens.

The country’s ICT authority has also continued to conduct free professional training designed by Google, with the Google Career Certificates Scholarship Program. The program can grant certificates for Data Analytics, User Experience (UX) Design, Project Management and IT Support. It hopes to enable Filipinos to prepare for a new career in ICT.

The government is also supporting startups to boost the public sector’s support of what they call “technopreneurship” and innovation, which will create a network of globally competitive innovators.

Indonesia is reported to be the fifth most internet-engaged country in the world after the Philippines, Brazil, Thailand and Colombia, according to the World Bank, which further states that the percentage of households with internet connectivity rose from 42% to 82% between 2015 and 2021. And the rural-urban access divide also dropped from 30% to 15% in that period.

To promote digital inclusion, one of its major telecom operators, XL Axiata, launched a digital literacy program for women who own small and medium businesses across the country. In a statement, it said, “XL Axiata believes that the use of digital facilities and technology will accelerate women's MSMEs to be more empowered, productive and upgraded."

As of today, a total of more than 58,000 MSMEs owned by women have been given support by XL Axiata through the “Sisternet” app.

The World Bank has launched "ID for Inclusive Service Delivery and Digital Transformation in Indonesia," another notable project to assist in responding to the challenges of pursuing a digital economy.

It believes that using digital tools will help upgrade the citizen-state’s interactions and services.

The World Bank has earmarked $250 million in funding for Indonesia’s civil registration and to further promote the use of biometric digital identification for accessing public and private sector services.

Data from Cambodia’s Ministry of Post and Telecommunications suggests that the number of internet subscribers across the country has reached almost 18 million.

This figure is higher than the country’s population of 16 million.

As a result, Cambodia's digital development has accelerated.

During the G20 Digital Economy Ministers’ Meeting in September 2022, led by Cambodia as the ASEAN Chair 2022, three topics were high on the agenda: digital connectivity and recovery from the COVID     -19 crisis; digital skills and literacy; and cross-border data flows. Leaders during the summit deemed these issues particularly important in responding to and recovering from the global pandemic.

The summit has provided more opportunities for Cambodia to learn, exchange experiences and seek support for its digital transformation by focusing on the use of digital technology through the Digital Economy and Society Policy Framework 2021–2035 and the Digital Government Policy 2022–2035.

According to an October report by the Phnom Penh Post, the Minister of Education, Youth and Sport, Hang Chuon Naron, gave a speech during the conference on digital transformation in Cambodia.

The conference sought to promote awareness of, as well as contributions to, the digital transformation of the kingdom. The minister went on to say that the pandemic aided Cambodia's digital transformation, as they established a digital government, conducted electronic trade and promoted digital education.