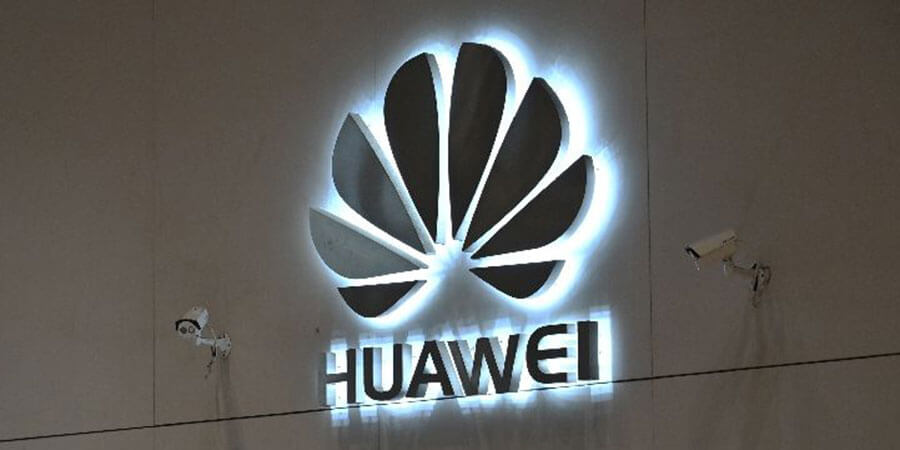 Emblazoned across a wall at Huawei headquarters is a motto that appears to sum up the attitude of the huge Chinese telecom company toward its multiplying challenges: “Success requires friends. Tremendous success requires enemies.”

The 32-year-old company faces US criminal lawsuits, a looming cut-off of critical American technology, and unprecedented threats to its globe-spanning business – a corporate crisis that should provoke fear and anger among employees.

But you'd hardly know it in the southern city of Shenzhen, where Huawei's cutting-edge campuses mix kitsch and confidence, and rank-and-file workers regard the crisis with either a shrug or bring-it-on defiance.

“There is not much worry about that. We are a strong company and have won against many challenges before,” said a Huawei research technician who gave only his surname, Zhang.

“Sorry, I must go now,” he added cheerfully in perfect English as his team took the court for a boisterous pickup basketball game at a Huawei leisure club.

The Trump administration has launched a full-court press to hobble Huawei and prevent it dominating next-generation 5G technologies. But Huawei's massive facilities clearly display the financial muscle and global ambition of a company that has become the world's leader on networking equipment and number-two smartphone maker – and not likely to be easily sidelined.

Employees clock in via a smartphone app that reminds them it's time to start their shift, dine in cavernous cafeterias featuring an array of cuisines, and travel between facilities aboard a free shuttle system chugging between various zones.

Huawei's main Shenzhen campus is a sprawling, lavishly landscaped mix of glass office towers, labs and training centres, including a white-columned neo-classical research site the size of a city block and cheekily dubbed the “White House” for its resemblance to US President Donald Trump's current address.

Nearby, the bungalow-style offices of top executives nestle amid lush trees beside a pond featuring black swans, and Huawei boasts of its importance to high-tech systems worldwide in flashy showrooms featuring wall-sized video screens.

But the piece de resistance is a whimsical and somewhat bizarre office grounds in Dongguan – north of the main campus – that looks like it was conceived by Walt Disney.

Each of its several zones resembles an architecturally correct replica of a European city, and staff travel between the medieval charm of Bologna and Heidelberg, Versailles and Verona, on a gleaming, fire-engine-red train that takes over 20 minutes to traverse the campus.

That's not to say that there is no concern. Some staff said they were increasingly busy seeking to assuage the concerns of major Huawei clients.

And in postings on Huawei's internal forum Xinsheng, some users openly fret about the potential impact on their jobs and pay. But, on the surface at least, there is confidence in company and country.

“We haven't felt much change in our work. Although we have seen some news and our leaders have commented on it, our main mission is to do our jobs well, give our customers confidence, and continue to serve them,” said Jiang Danyan, a marketing manager.

Jiang disputes US suspicions that Huawei is a puppet of China's military and thus a global security threat – charges that the company and China's government strongly deny.

“We don't believe it. Huawei people are simple and honest and would not do what America is saying, like cooperate with (China's) government.”

Staff members insist that un-listed Huawei is correct in saying it is owned by employees. Staff said they were awarded “shares” in the company based on years of service that they could sell when they leave for a price tied to company performance.

Huawei declined to provide details of the programme.

The US accusations remain a highly sensitive subject on campus and several staff members declined to comment on the matter.

“Our manager told us not to discuss this, that it’s for higher-ups to deal with and we should just focus on our work,” said one female employee.

“They tell us you are the problem,” she said, referring to foreign media coverage of Huawei. But other staff eagerly express a mixture of guarded optimism and defiance. None expressed any job fears.

“This will definitely have an impact (on Huawei). There is no avoiding it,” a technician said between slurps of noodles in an employee food court.

“We aren't worried. This is a very competitive industry and obstacles arise sometimes. We just have to focus harder on making even better products.”

It was just after quitting time and the previously deserted canteen was filling rapidly with the excited drone of hundreds of Mandarin speakers.

Employees cheerfully queued for helpings of China's various regional cuisines and sat in dining sections marked – rather oddly – as foreign locales, like “Warsaw”, “Bahrain” and “Toronto”.

Another staffer surnamed Ji, in a Star Wars “stormtrooper” t-shirt and calling himself the Chinese equivalent of “geek”, said the current fracas was forging togetherness.

“We feel more united,” Ji said. “Our company started from scratch and this isn't the first threat it faced. We will keep on fighting.”