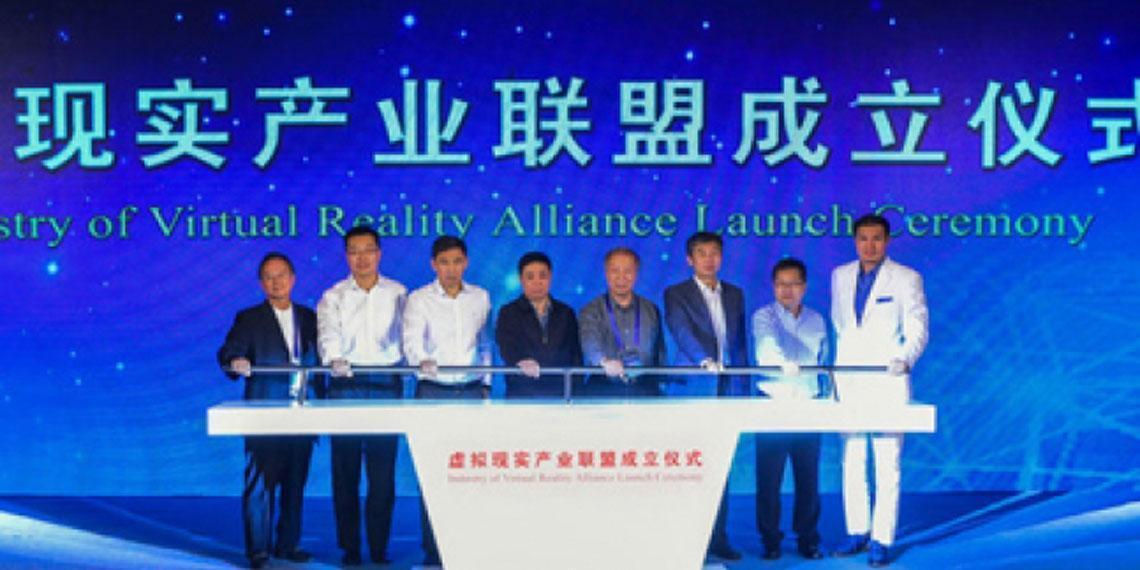 Almost 200 Chinese and non-Chinese organizations have banded together under the auspices of the Electronic Information Division of the Ministry of Industry and Information Technology to form the Industry of Virtual Reality Alliance (IVRA.com), billed as 'The only official, government-endorsed VR organization in China.'

They IVRA's stated aim is to 'enhance the development of the VR ecosystem in China by promoting technology innovation and the formulation of industrial standards, bridging hardware, software, content, platforms and industrial applications.'

In a press release announcing its formation, IVRA said the establishment of the IVRA was in line with the country's VR and innovation-driven development strategy. 'China's VR industry is entering a defining period in 2016,' IVRA said.

'In May, the CPC Central Committee and the State Council issued the National Innovation-driven Development Strategy Outline, highlighting the need to develop a new generation information network technologies, enhance VR technology research and industrial development, strengthen the IT Infrastructure for economic and social development, promote the innovation of industrial technology system, and form new development advantages.'

According to its web site, the IVRA has been made possible through the efforts of China Center for Information Industry Development, the state laboratory of virtual reality technology and systems at Beihang University, HTC, GoerTek and Wisesoft.

It is 'dedicated to providing solutions to the VR industry's key unsolved questions, such as the ecosystem priorities, industry standardization, industrial chain agreements, transference of technology results, and the critical support of innovation.' It also serves to advise governmental institutes in directing further developments in the next three to five years.

Alvin W Graylin, china regional president of HTC's VR initiative, Vive and vice chairman of IVRA, said the organization hoped to promote the spirit of cooperation and integration between all parts of the ecosystem in order to accelerate the maturing of the VR industry as a whole.

'We want to bring revolutionary improvements to people's lives in China and globally by working together as one industry to bring to market products and content which deliver real value to consumers and business customers.""

HTC claims to be 'a pioneer of VR technological innovation [that] has placed the development of the VR ecosystem at the forefront of its business.'  In April HTC launched Vive X Accelerator (vivex.co) to provide tools and professional guidance for VR developers and startups. It has also collaborated with 37 venture capital firms from around the world to set up the VR Venture Capital Alliance (VRVCA.com), with the aim of getting billions invested into the global VR industry.

Vive is billed as 'a first-of-its-kind virtual reality system.' It has been developed by HTC and Valve. 'Designed from the ground up for room-scale VR, Vive allows true-to-life interactions and experiences thanks to an adjustable headset displaying stunning graphics, two wireless controllers with HD haptic feedback and 360Ëš absolute motion tracking,' HTC says.