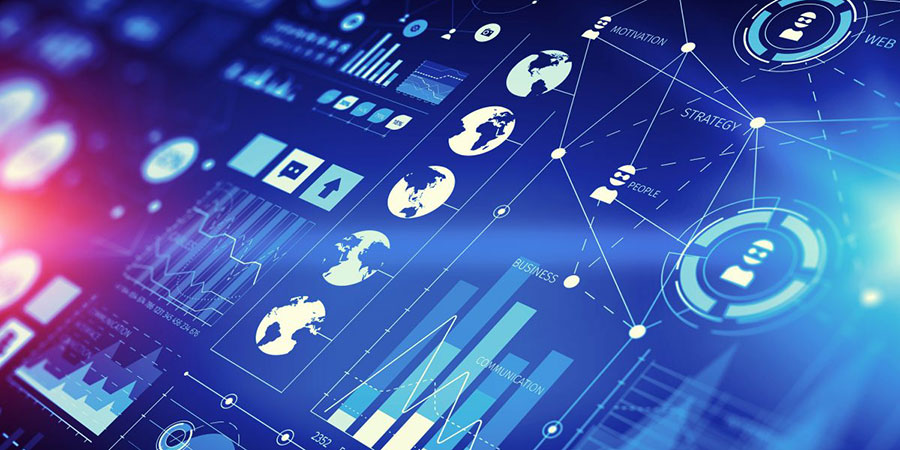 The Asia Pacific region is currently witnessing the untethered mushrooming of emerging technologies, establishing itself as a global startup hotbed for creators, artists, entrepreneurs and disruptors all scrambling to get a piece of the millennial success story pie. Undoubtedly, many of these success stories can trace their lineage back to the likes of Apple, Microsoft and Google, who dominated the late 20th century and kick-started an era of renewed innovation powered by youthful vigour and an unrelenting hunger to succeed. Within the countries in Southeast Asia specifically, the marriage between its growing economies and society’s increasing tech savviness has birthed a flourishing startup ecosystem unlike any other, simultaneously transforming the region’s socio-economic landscape whilst providing numerous opportunities to its different communities.

Across Southeast Asia, cities like Jakarta, Penang, Ho Chi Minh and Singapore are gunning to become the next Silicon Valley. There are a number of reasons why there has been such an immense growth of investment in the region, but it would be remiss not to mention the profound influence that local cultures, values system, consumers and commerce have on its startup ecosystem.

The Indonesian capital of Jakarta has become one of the top startup hubs in Southeast Asia, and being home to 10 million people, it is easy to see why the city boasts the majority of the country’s startup community. “The support system for startups is definitely there and has come a long way from the initial stages in 2012 to 2014,” according to Albert Lucius, co-founder and CEO of Kudo, an e-payment and e-commerce company that was bought over by Grab in 2017. “A few years ago, many fresh grads still preferred to work for large multinationals, but now startups have become the default cool destination,” he added.

Unlike other countries in Southeast Asia whose local markets are much smaller, the focal point of Indonesia’s startup scene is its consumers. All four of its unicorns – Go-Jek, Traveloka, Tokopedia and Bukalapak – are consumer-centric, motivating other startup companies to do the same. The popularity and widespread recognition of these startups were due in part to President Joko Widodo’s support to make Indonesia the largest digital economy in the region. With Widodo’s backing, startups were able to receive financial assistance in the form of grants, bank loans were offered to e-commerce companies and tax processes were simplified for those with a yearly turnover of below 4.8 billion rupiah.

Benedicto Haryono, co-founder and CEO of Koinworks has expressed his delight in the current startup ecosystem in his city. “I am pretty content with what is happening, how Jakarta is developing as a city,” he said. Koinworks is one of the many fintech startups sprouting up around the city that has benefitted greatly from Widodo’s support. Despite the government’s contribution, Haryono says that problems still remain in terms of talent. “Hiring is still a challenge. [There is a] lack of talent, the talent pool is so small,” he said. “If you have money, yes you can hire, but if you have to compete with the likes of Go-Jek on hiring, it is difficult.”

Just over the pond, Malaysia is facing a challenge of a different kind; an overflowing local talent pool that seem to be seeking better opportunities abroad. One example of this phenomenon is the revolutionary ride-hailing app Grab, formerly MyTeksi. Although the company was founded by Malaysians Anthony Tan and Tan Hooi Ling, they decided to relocate Grab’s headquarters to Singapore in 2014 in order to not only succeed, but continue to grow and flourish. Group President and CEO of Vertex Chua Kee Lock explained that the benefits received by fledgling startups in Singapore, which include tax breaks and government subsidies, are greater due to the fully-evolved ecosystem for startup investors and financial endorsements. Since its move, Grab is now valued at over $10 billion and has recently acquired Uber’s Southeast Asian operations.

However, the CEO of the Malaysian Global Innovation and Creativity Centre (MaGIC) Ashran Ghazi believes that trying to keep successful startups within the country should not be considered a priority, adding that MaGIC itself was built on the foundation of creating the next generation of “awesome companies”, and not to hold them back in any way as there are many other entrepreneurs all over the country just waiting to be given the chance to shine.

One such city that is fostering creative growth among startups in Malaysia is surprisingly not the capital of Kuala Lumpur, but the northern island of Penang. Ai Ching Goh, a Penangite born and raised, left her marketing job in Procter and Gamble in order to establish an app that would make it convenient for non-designers to generate infographics. Founded in 2012, Piktochart now has over 13 million subscribers and even became the Grand Winner of StartupMalaysia.org’s entrepreneurship program. Goh, who is the co-founder and CEO of Penang-based Piktochart, is a perfect example of how operating a thriving startup within one’s home country need not be a hindrance to success and profitability. “We need more students in Malaysia to understand that entrepreneurship drives the economy and we’re all inherently creative and passionate about one (or many) thing,” she said.

Furthermore, Penang is no stranger to multinational corporations, including Intel, and this in turn has developed a solid engineering workforce that helps catalyse startup launches. The founder of drone-based startup Poladrone Jin Xi Cheong was a young engineer in Penang who left Intel to start the company, providing technical analysis using drone-captured photographs for the agriculture and oil and gas industries. So popular was Cheong’s brainchild that Poladrone is now being utilized in neighbouring countries like Indonesia, Thailand and Vietnam.

“It is pivotal to show that it’s possible for a company based in Penang to become a global company,” said Howie Chang from aCAT, the agency who helped guide and fund the establishment of Poladrone.

For startups in Ho Chi Minh City, the most populous city in Vietnam, government support has given the city a much needed boost after experiencing decades of conflict, transforming it into one of the most dynamic rising economies in Southeast Asia. Although Vietnam’s capital of Hanoi is famous as a technological hub, it is Ho Chi Minh City’s vibrant community of entrepreneurs who are not only talented, but culturally in tune that make it one of the most unique startup ecosystems in Asia. In the past couple of years, the country has seen an exponential rise in the number of startup activity centered around blockchain and cryptocurrency technology.

According to Phuong Nguyen who is the co-founder of Remitano, a P2P cryptocurrency platform, blockchain bolsters Vietnam’s infrastructure and allows it to catch up with the rest of Asia, particularly in the country’s rural regions. Nami Corp co-founder Giap Van Dai has stated that despite Vietnam’s lack of a legal framework for cryptocurrency and similar technologies, it is only a matter of time before the process can be streamlined to be able to achieve international standards.

“It should take four or five more years before the blockchain technique can be applied in local business communities, since it will take time for the market to accept it and for authorities to come up with related regulations,” Dai said.

Thanks to the central government, Ho Chi Minh City has begun the construction of an incubator within Saigon Hi-Tech Park, joining Intel and Samsung, in order to help accelerate the growth of local tech startups. Along with the building of this facility, authorities have stated that the city has spent around $90 million in the past couple of years for additional innovation and startup programs. Compared to Singapore and Malaysia, Vietnam still has a long way to go, but continuous government support, a growing economy and an increase in talents within the entrepreneurial pool will most likely position the nation in the same league as its peers in the not too distant future.

Last but certainly not least, the nation city of Singapore, long considered as a major financial centre in Asia, can now add another feather to its hat as the leading startup hub in the region, thanks to a number of factors that include an unwavering governmental support system, a hospitable and ever evolving startup ecosystem, and its ability to use soft power to address underlying barriers to entrepreneurship.

A clear manifestation of all three qualities can be exemplified by AI startup Taiger’s fairytale journey in Singapore. The founder and CEO Sinuhe Arroyo saw an opportunity for his company to possibly win a contract with a Singaporean government agency back in 2015. Despite warnings from his colleagues, Arroyo went ahead with his vision anyway and was rewarded when Taiger, a Singapore-based but Spanish-incorporated entity, became the first foreign company to win the contract. “My colleagues had opposed...bidding, saying it would be a waste of time. But I insisted Singapore is such a transparent meritocracy that we have a chance to win a contract if we have a convincing technology. I was right,” said Arroyo.

After being awarded two more government tenders, Arroyo made the decision to reincorporate Taiger in Singapore, a move that has seen the company grow significantly. Today, Taiger is a treasured asset to the country’s startup scene, serving global clients comprising of Banco Santander SA, Bank of America Corp, AIA Group Ltd and Standard Chartered, just to name a few. Taiger has also announced that it plans to augment its footprint in South Korea and Japan, and later on establish themselves in South America, primarily Mexico.

Yinglan Tan, a Singaporean venture capitalist, sees incredible potential in his home country for startups, something he calls a “lifetime opportunity”. According to Tan, many Singaporeans talents who have left home to study abroad are now returning to work and invest in their home country, mainly due to the quality of life and accommodating business environment, not to mention the country’s rule of law and tax regime, of which has been a major attractor of global investors to the small but mighty nation state. “Lots of U.S.-educated fellow Singaporeans are coming back,” Tan said.

Like Arroyo, even non-native entrepreneurs are looking to Singapore to launch successful startup bases. Tan also mentions that Singapore is beginning to follow in the footsteps of Silicon Valley, evolving into a thriving ecosystem of entrepreneurs, venture capitalists, angel investors, startup unicorns, mentors, incubators, lawyers and banks. “Five years ago there was almost none of those. Now we see a critical mass of mentors and supporters,” Tan said.

As we have seen, Southeast Asia is evidently one of the most rapidly growing economies in the world, and there is no better place for budding talents and entrepreneurs to take the leap into becoming full-fledged disruptors within an environment that would not only accommodate them, but allow them to continuously mature and advance their vision for a more well connected and tech-savvy society.